Will Walmart Catch Amazon in Ecommerce? 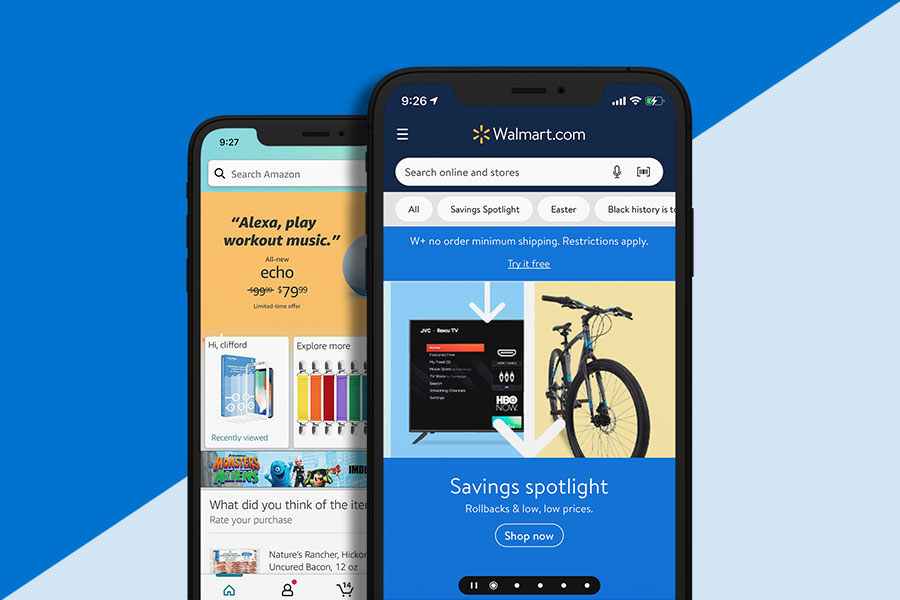 Walmart, constantly trying to reinvent themselves to compete for part of Amazon’s massive 38.7% share of all US retail e-commerce. This is no small challenge, Amazon has almost 9M vendors compared to Walmart’s 50,000.

Not to mention the 150 million people already subscribed to Amazon Prime (which by the way has a 95% retention rate).

However, Walmart is not giving up. They have a dominant position in grocery and one clear advantage propelling that growth.

It seems ironic since both companies are seemingly fighting over a share of e-commerce spend.

But there are benefits to having 90% of all Americans living within 10miles of one of their 4,700 US locations.

For one, their stores act as distribution centers. While Amazon is busy setting up fulfillment in local shopping malls Walmart is rolling out massive curbside pick-up initiatives.

Consequently, they keep shipping costs down.

By letting their customers handle the last mile of shipping they can, therefore, keep their prices lower than anywhere else.

This might not seem like a big deal but when you consider 81% of all Prime users reportedly joined for same-day shipping, it emphasizes the value of being close to your customers.

While they still have a lot of work to do when it comes to selection, it’s happening.

The Shopify deal we previously mentioned, deals with brands like Rayban, Champion, Swell, and even brick and mortar stores like Advanced Auto Parts (100k SKUs) are all examples of this effort.

If you consider their 11,500 stores globally, it’s hard to imagine why you wouldn’t want your brand on the Walmart shelves at this point.

What do you think… will Walmart catch Amazon in e-commerce?