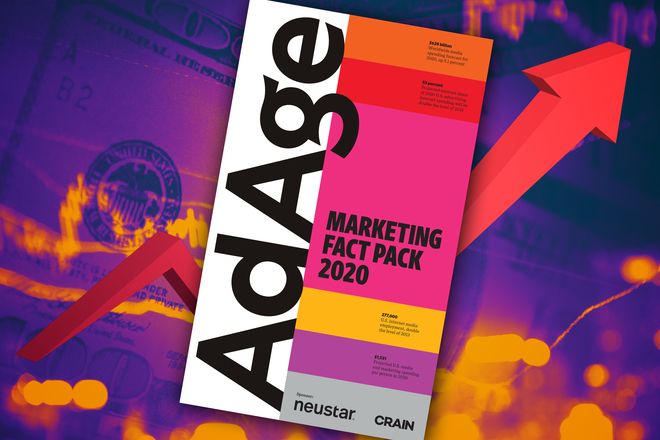 Earlier this month the AdAge 2020 Fact Pack was published with data on the 200 leading advertisers in the United States, and while your ad budget might not be in the billions there are still valuable insights.

Adage 2020 Fact Pack Takeaway 1 – Amazon is the biggest advertiser in the United States.

This might not be news to you but I found it surprising that their allocated $1B (of $6.8B total) on cable and broadcast TV is LESS THAN HALF of Procter & Gamble.

Takeaway: The biggest advertisers in the country are still spending huge amounts of money on TV ads which is unsurprisingly expected to shift to the internet over the next four years. (hint: ads will get more expensive with more competition)

At 10.7% of total US retail sales, you would expect Walmart to be spending A LOT on advertising. While $2.7B isn’t a small amount of money they are a lot more capital efficient than Amazon who outspends them two-fold with less than half of their share of US retail spending. We talked about this before in how big can online retail get.

Takeaway: On one hand, Walmart clearly has a loyal customer base that you might want to consider getting in front of. On the other hand, in relation to market share Wayfair is outspending everyone to build their audience and like we’ve reported before, is more likely to cut sweetheart deals with brands that have an existing audience.

Most brand owners dream of getting acquired by a public company like P&G. Well it’s no wonder, you hear about them shelling out 9 figures for brands almost as frequently as you hear about Powerball winners.

This makes more sense when you consider P&G spends more than $100m/yr on advertising for EACH of the following brands; Tide, Garmin, Bounty, Gain & Downy!

Takeaway: Build a loyal customer base and take the payday. The amount of companies dumping hundreds of millions of dollars per brand into TV ads thinking that’s the best return on capital is astounding.